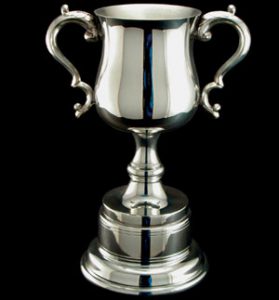 Multi-table tournaments (MTT’s) have hugely increased in popularity in recent years.  The main appeal of these games is that for a small investment or buy in players get the chance to compete for huge prize pools (often up to $1m+).  Large online poker rooms like PokerStars offer games with buy-ins as small as $0.10, in fact most offer daily freerolls with no entry fee required.  These games offer a great opportunity to experience the workings of a tournament and even win a respectable prize but without risking anything financially.  This article gives an overview of some of the best poker strategy you’ll need to know if you want to make those final tables

The first thing to bear in mind is that tournament poker is very different from playing poker cash games. Of course the rules of the game are exactly the same, it is the strategy one needs to employ to reach the later stages of the game that are radically different.  Often you will hear that even great cash game players struggle in tournaments especially when first trying to make the transition, it is key to adapt the way you play to a style suited of a longer format.

The main difference between a cash game and a tournament (even a single table event) is that in a tournament you face being knocked out if you lose all your chips.  In a cash game you can of course rebuy as often as you like when your chips are gone, this allows you to take more risks as you are only risking what is on the table.

There are various structures in tournament poker, some will allow a rebuy period a set time whereby if your chips dip bellow a certain level you can rebuy again for (almost always) the original buy in fee and will once again be given the starting amount of chips. Some tournaments will be freeze outs in these games there is no option to rebuy, the only way to add to your stack being to win them from an opponent, especially in this second type of game it is very important to use your poker chips wisely.

Players often play more hands at the start of a tournament, feeling this is a good time to play the less than attractive hands as the blinds will be very low compared to the players chip stack, however this is actually a risky strategy and can see players make an early exit when a hand they shouldn’t have been playing half hits the flop. The luxury of a tournaments early stages is that you don’t have to play many hands, with no risk of being blinded out it is a great time to wait for monster hands like AA or AK, study the playing style of the other players at your table and probably most importantly start building your table image of that of a sturdy player who should be respected later on.

Stage two of your plan should begin once roughly 2/3 of the field has been eliminated, the blinds will be much higher now and the “bubble” (the last spot before the prize pool starts paying out) will be fast approaching. Now you need to loosen up your play a little bit, the fish will have been liberated of their chips and the table image you created for yourself earlier will allow you to pick up the blinds, hopefully sometimes even uncontested (collecting the blinds is a vital part of tournament strategy as adding these to your stack as often as possible, and especially when in good position) will allow you to maintain a healthy chip stack while waiting for a hand you can bust someone with and hopefully double up.

Soon the money bubble will have burst; you’re in the money guaranteed a payout. Players are going to take much bigger risks, with the small stacks in danger of being blinded out forced to play mega-aggressive. Its not uncommon for a few players to be knocked out in the hands immediately following the bubble passing, often you can move up a few steps on the money ladder by taking it easy for a few hands here. Of course if you are one of the small stacks you need to double up quickly and are often going to move all in with even a poor hand rather than lose your money to the blinds.  If you are a big stack you can put extreme pressure on the small stacks here, making the more timid players who are just hoping to hang on for one more spot fold, and the ones who are willing to gamble call with any two cards, so hopefully even if you would have preferred just to take the blinds you will find yourself most often in a 50/50 spot but of course risking much less in the tournament sense than the player who is all in.

These simple steps will set you on the right path to success in poker tournaments they are not for every player and many great cash players don’t play them (save for some television exposure!) the can be frustrating and even a good player appreciates more often than not you will not make it to the final table let alone win, but when you do cash, when you do reach the final table, when you win the whole thing, not only will you feel a million dollars but your bank balance may increase by that amount too!!

Dan Harrington has written one of the best books on Poker Tournament strategies, which is suitable for the beginning and advanced poker player.