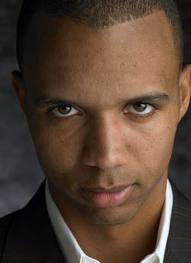 Phil Ivey is one of the best known professional poker players in the world.  His outstanding skill in poker has earned him the nickname ‘The Tiger Woods of Poker’.  Ivey has used his remarkable skill at playing poker to win himself over 8 World Series of Poker bracelets and 1 World Poker Tour bracelet all these wins make up to 13 million dollars in prize money.

At the age of just 23 years old Phil Ivey won his first WSOP bracelet when he beat poker legend Amarillo Slim in the WSOP 2000 pot-limit (1087, Omaha Poker} event.  A mere two years on and Ivey was back with avengence, winning himself not one but three World Series of Poker bracelets in just one year.  Phil won his 5th bracelet in 2005 when he won the $5k Omaha event.  He then went on to win The Monte Carlo Millions tournament for $1 million.  The very next day he played the Full Tilt poker invitational tournament in also in Monte Carlo and won another $600,000, not bad for a couple of days work.

As well as tournaments, Phil Ivey is also known as one of the world’s best cash game players.  He can turn his hand to all kinds of poker live and online.  If Phil Ivey is on your table you know you’re in trouble.

In February 2006 Ivey played a ludicrously high stakes game of poker against Andy Beal (an extremely rich banker).  A group of the best poker players in the world put their poker bankrolls together so they could afford the stakes that Andy had set out, there were blinds of $50,000 and $100,000.  The opposing group (not the poker pros) called themselves ‘The Corporation’.

A few sessions in and Andy Beal was up $10 million.  It was now Feb 06 and it was Phil Ivey’s turn to play.  He would try and make back some of the money that the previous two poker players had lost before him.  Ivey played for three nights, at the end of the first night Ivey was up about $2 million, by the end of the second night he was $4.6 million and at the end of the third and final night Phil Ivey was up $16,6 million dollars, Andy Beal has not been seen at a poker table since that day.

Ivey had married his high school sweetheart Luciaetta, but unlike his poker career his marriage sadly didn’t last and the couple filed a joint petition for divorce in December 2009 after being married to each other for over 7 years.  Take a look at our other top professional player profiles for information on some of your favourite players.