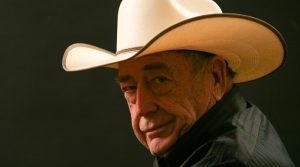 Doyle Brunson is so famous a poker player that he has even had a poker hand named after him.  Doyle Brunson has been in the game a long long time now (over 50 years) and has the achievements to prove it.  He is an all time poker legend and no body disagrees.  Since the end of 2007 Doyle Brunson has been letting us into his world in the way of his own poker blog.

One of the first things you will notice about Doyle’s blog is how incredibly wise and experienced he is.  There are plenty of professional poker players out there who like to go on and on about how great they are at poker (ahem Mr Hellmuth) but not Doyle Brunson, he doesn’t need to behave in this way because he is wise enough to be at peace with himself (and maybe because everyone already knows how good he is hehe).

Brunson’s blog are always entertaining and insightful and what makes them even more special is that each one comes complete with a great proverb which he calls his ‘Doyleism of the day’.  These include phrases like ‘A clear conscience is usually a sign of a bad memory’ or ‘Reputation is a bubble that bursts when a man tries to blow it up for himself’.

Doyle Brunson’s blogs depicted much of his life and once you start reading you will be engrossed until the end.  He talks candidly about his feelings on things such as politics as well as his visits to the doctor of which there are more and more, he is 77 years old after all.  Not only that though Doyle’s writes about the many poker games he has been playing as well as funny prop bets he has going with other poker players.  Doyle always brings humour to any situation just take a look at his reaction to being accused of being a racist “I’ve had black friends all my life. I even get along with Phil Ivey as long as we don’t have to use the same bathroom.”